*The following information was derived directly from Purdue OWL:https://owl.english.purdue.edu/owl/resource/560/19/

The following image shows the basic structuring of tables in APA format: 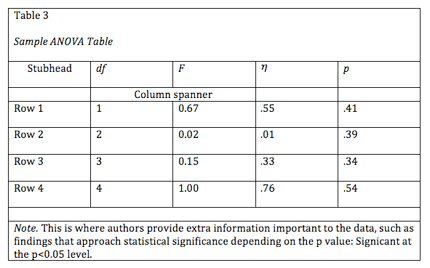 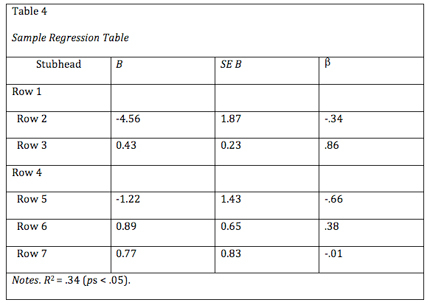 (All information derived from https://owl.english.purdue.edu/owl/resource/560/01/ and http://www.apastyle.org/index.aspx)